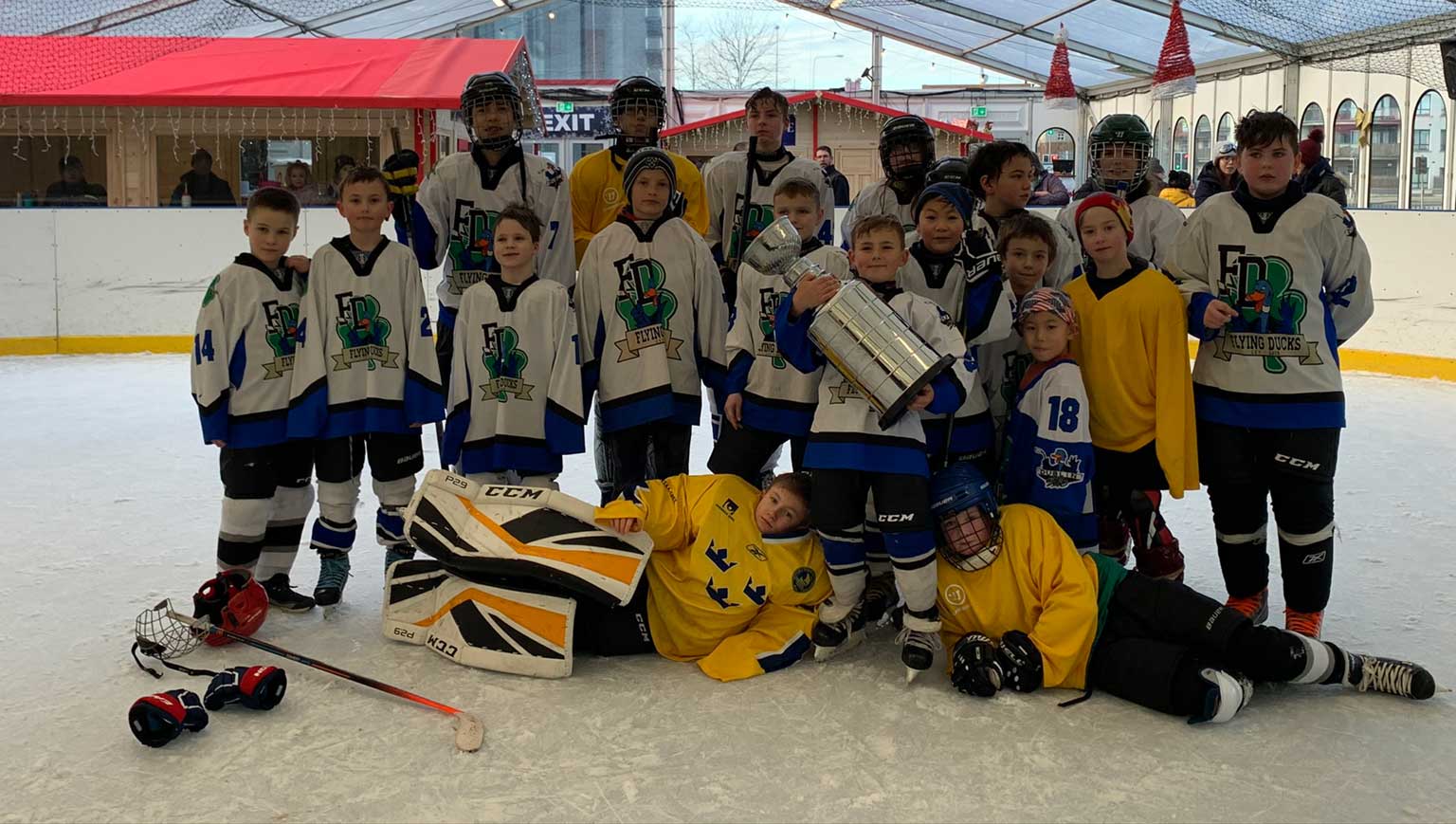 The Flying Ducks is an Ice Hockey and Inline Hockey club for boys and girls from the age of five upwards. We cater for players from Dublin, Meath, Louth and Kildare.

We compete nationally and internationally in both sports and are governed by the Irish Ice Hockey Association and Inline Hockey Ireland.

The club has a Learn-to-Play group for those starting out in the sport. For more advanced players, we have Under 10, Under 13, Under 15 and Under 18 teams as well as Senior Teams.

2022 Venue to be confirmed later in the year. Keep an eye on our Facebook page for any developments.

Please allow plenty of time to change into ice hockey or inline hockey gear to avoid interrupting a training session that has already begun.

Time slots for training sessions are based on age or skill level and more detail can be found here. We have an equipment rental scheme that covers everything except inline blades and club jerseys.

The Flying Ducks was established in 2015 following discussions about the possibility of merging the two existing junior ice hockey clubs. The Flyers Ice Hockey Club and the Dublin Ducks had collaborated previously in games and tournaments and both teams had player shortfalls in various age brackets.

Following the teams’ AGMs, the decision was made to consolidate the teams under the name the ‘Flying Ducks’. The name had already been used to describe the coming together of the ‘Flyers’ and the ‘Ducks’ and the young players loved it.

We always welcome new players. If you are interested in playing ice hockey or inline hockey with us, please do not hesitate to contact us.

Contact Us
We use cookies on our website to give you the most relevant experience by remembering your preferences and repeat visits. By clicking “Accept All”, you consent to the use of ALL the cookies. However, you may visit "Cookie Settings" to provide a controlled consent.
Cookie SettingsAccept All
Manage consent