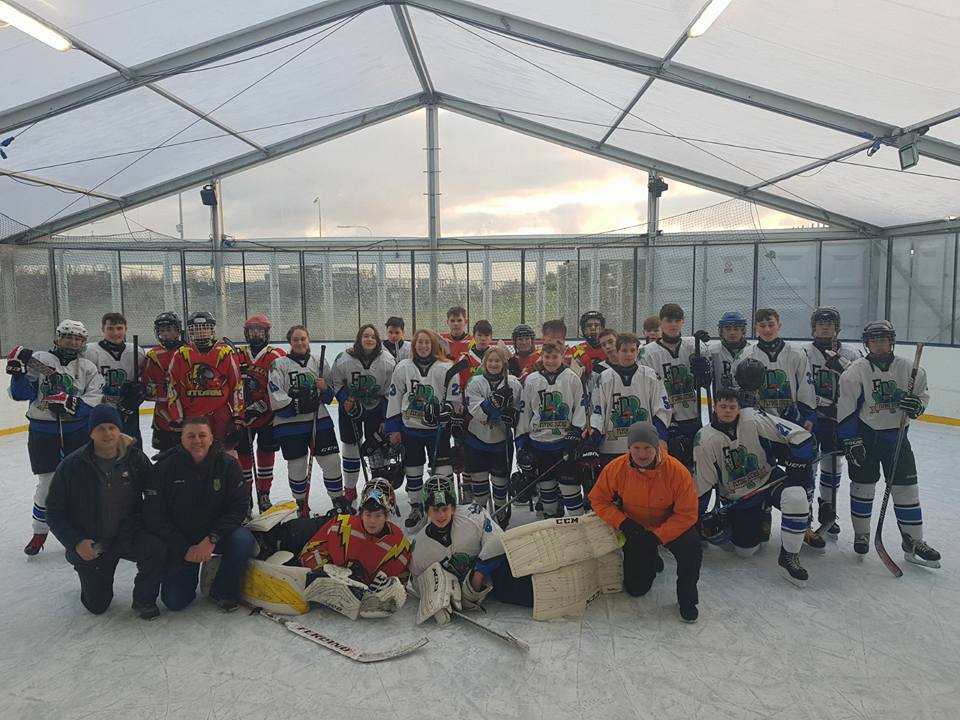 The Flying Ducks have just completed another busy weekend of hockey in their 2 temporary Dublin ice rink homes (Ice Skating Blanchardstown and South Dublin on Ice). This might be surprising to some who are unaware that ice hockey is actively played in Ireland.

The Flying Ducks played the Cork Wolfpack at Ice Skating Blanchardstown on Saturday 6th of January from 7 to 10am. Some players left Cork City at 3am and some of our Ducks left Athlone at 4.30am; now THAT is dedication. We had games for our Under 12, 14 and 18 teams. We were fortunate to win well in the Under 12 and 14s but the premier game, the Under 18s, was an end to end affair. After ending 5-5 the Cork Wolfpack took the win with 3 goals to 2 in a penalty shoot-out.

On Sunday 7th of January, it was our second home in South Dublin on Ice. Here we took on Kilkenny City Storm. The Storm were strong throughout the games and won well. The Under 10/Learn to Play game at the end proved to be very entertaining and deserving of the final game on the ice. The spirit of the game was outstanding with scorelines having no place in this game.

The games on Saturday were officiated by Irish Ice Hockey Association President, Aaron Guli, and Sunday’s games by the IIHA Referee in Chief, and Elite League Linesman, Mr Vytautas Lukosevicius. Thank you Aaron and Vytas.

The Flying Ducks want to thank all of the players, coaches, parents, guardians and supporters for their continued help and dedication. We would all be lost without you.